BC Ferries is the publicly owned ferry corporation that handles the vast majority of ferry traffic in British Columbia.

It operates a large fleet of well maintained and comfortable ferries.  All ships carry both passengers and vehicals.

BC Ferries operate 3 direct routes from the BC Mainland to Vancouver Island.  They are:

The corporation also operates smaller ferries that run to the Gulf Islands (Galiano, Mayne, Saltspring, Saturna, Pender) from both Tsawwassen and Swartz Bay

Unless you are travelling to Victoria from Whistler, North Vancouver or West Vancouver, the Tsawwassen to Swartz Bay route is normally the fastest route from the lower mainland.

During the summer months, ships on the Tsawwassen to Swartz Bay route depart on an hourly basis.  To avoid delays, it is advisable to avoid peak hours and long weekends.  It is a good idea to make a reservation prior to travel. 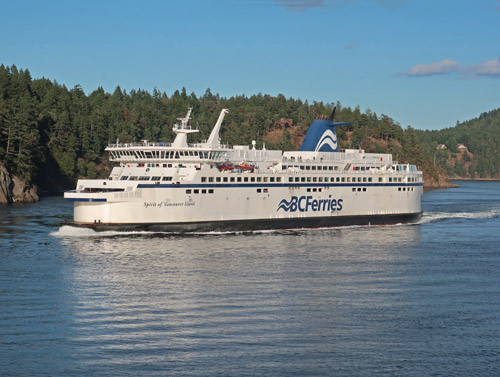 The ferry port in Tsawwassen BC is located 37 km south of Vancouver. Public transit service operates between Vancouver, the Vancouver Airport and the Tsawwassen ferry terminal. 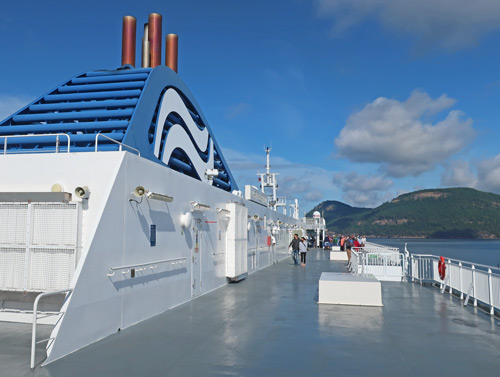 The Swartz Bay ferry terminal is located 31 km north of Victoria.  Foot passengers can catch a city bus just outside the terminal  It travels right to Victoria city centre.

For ferry schedules and fares, please visit the BC Ferries website.