Thunderbird Park (Totem Park) is situated directly east of the Royal BC Museum in Victoria Canada.  The totem poles on display are beautiful examples of work done by British Columbia's native people.

Most of the exhibits were produced by members of the Gitxsan, Haida and Kwakwa̱ka̱ʼwakw nations. 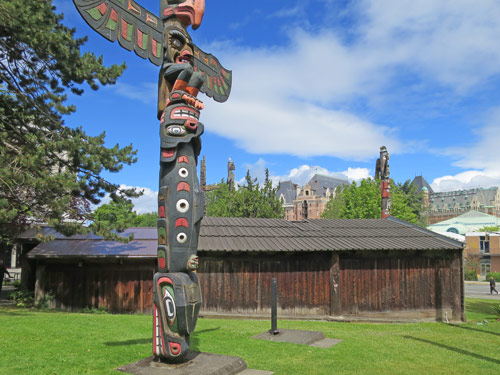 Thunderbird Park was established in 1941.  At that time, a number of existing totem poles were relocated from the Provincial Museum to the park.

Thunderbird Park is located at 675 Belleville Street.  There is no admission charge to enter the park. 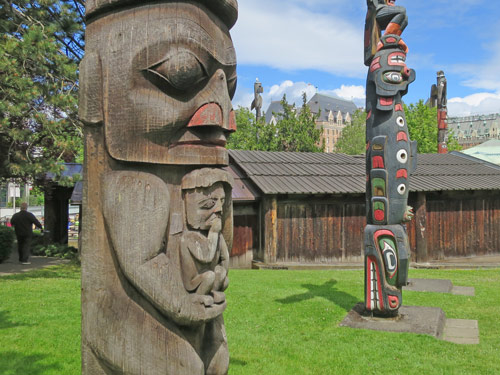