The British Columbia Legislature is a beautiful neo-baroque building located in Victoria BC, the provincial capital.  It officially opened in 1898.

The building is situated across from the Inner Harbor in the heart of the city.  A statue of Queen Victoria stands on the front lawn, not far from the BC Legislature Cenotaph.

This impressive building is lit up each evening.  It's iconic image is seen on many postcards and magazines. 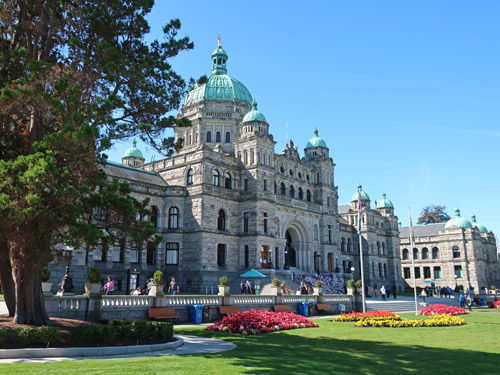 When the BC legislature is in session during the fall and winter periods, the public is free to watch from the balconies

Visitors can witness the British Parliamentary system in action, with all its pomp and ceremony. 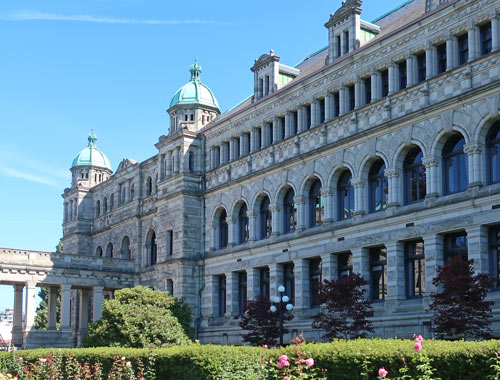