The Victoria City Hall is one of several heritage buildings in British Columbia's capital city.  Completed in 1890, it is a good example of Second Empire style public architecture buildings.

The city hall features a 105 foot tall clock tower, tall windows and a metal roof. It was designated as a National Historic Site in 1977. 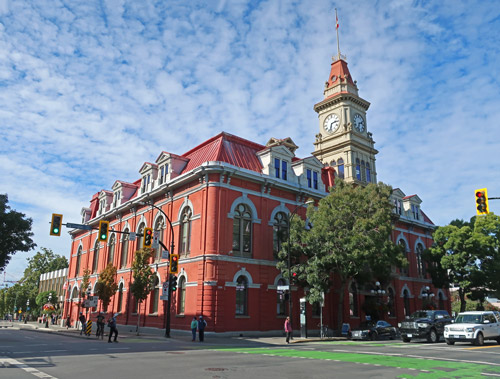 The Victoria City Hall is located on Centennial Square near the corner of Douglas Street and Pandora Avenue.

The main entrance to the city hall is on Centennial Square across from the McPherson Playhouse. 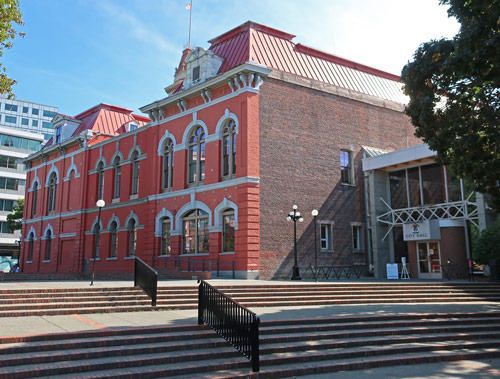